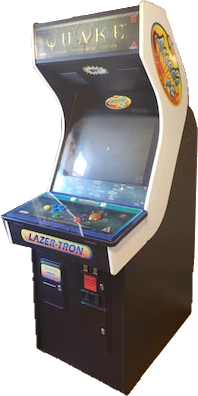 Before I heard this news, I honestly had no idea there was a version of Quake made for the arcades! My curiosity was immediately piqued, and I began to look for information about the cabinet.

This blog has some excellent information, and you should check it out if you're interested in the details (edit: this ArsTechnica article is even better). But the gist is that a company named Lazer-Tron developed an arcade platform known as the Quantum3D Quicksilver Arcade PC, essentially a Pentium II computer with a proprietary I/O card and a 3dfx Voodoo video card.

Although a dump of the arcade's hard drive has existed for a while, the game's executable was encrypted and required a security dongle, so nobody has been able to run it. Now that the unencrypted executable is available, the game can be run on modern Windows PCs using the game asset files from the quakeat.chd hard disk image, which comes from MAME.

Here're a couple of recordings I took while running the game on a Windows 7 VM showing the attract mode and service menus.

Although MAME doesn't currently run the game, I was curious to see if I could boot the hard drive image on an x86 virtual machine. After all, it's just a customized version of Windows 95 OSR2. I used MAME's chdman tool to write the image to a virtual disk, which I was then able to mount on a Windows 7 virtual machine. 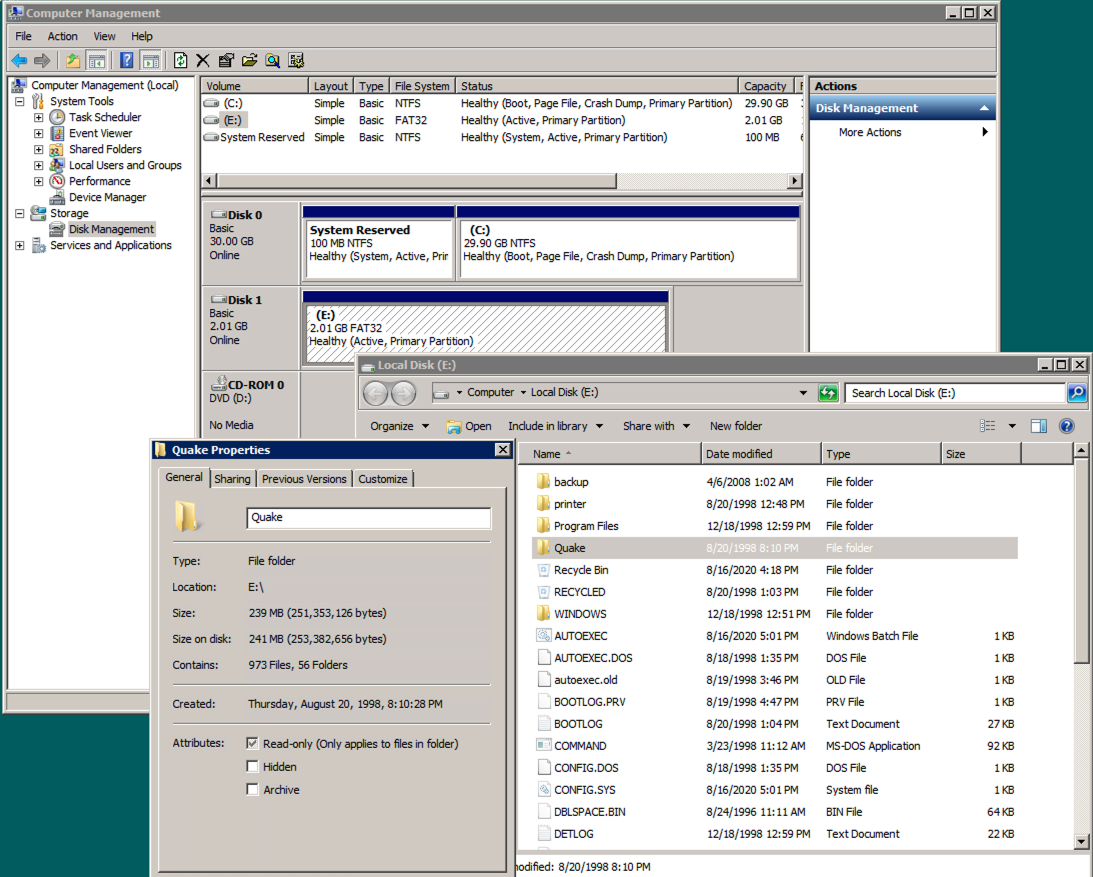 Once I was able to confirm I could mount and read the FAT32 file system, I unmounted the disk and created a new virtual machine on my ESXi server. I attached the disk to the new VM, crossed my fingers, and fired it up. Sure enough, it booted! After a bit of ScanDisk and Add New Hardware wizard action, I was dropped into the Windows 95 desktop!

Below are a list of screenshots I took that show all kinds of interesting details: Quake config files, custom config tools, OS customizations, TweakUI settings, bookkeeping data, and more! A bit of digital archeology, if you will. Fascinating stuff!

Using the decrypted executable to launch the game inside of the VM works, but because the VM currently has a 16-color, generic VGA adapter, you can't see much.